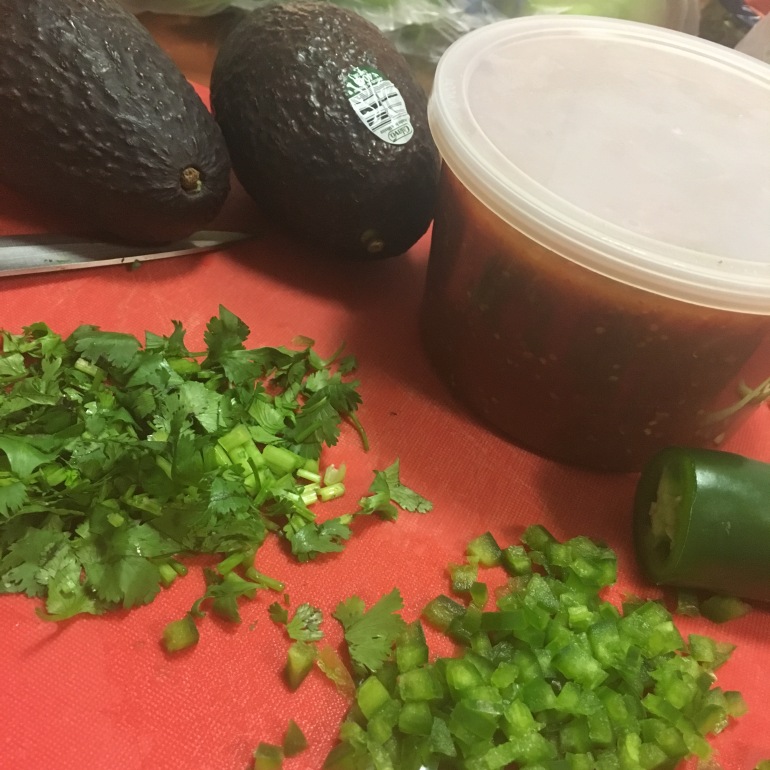 Sometimes, things happen for a reason… this is one of those instances.

I’ve found that the best dinners that Joanna and I have are always the spontaneous ones. Chicago was kinda busy today because of an event or something… you know… THE PARADE AND RALLY FOR THE CHICAGO CUBS WINNING THE FREAKING WORLD SERIES.

Can you believe that over five million people came? FIVE MILLION! That’s crazy.

So we decided to make burrito bowls because the CTA system basically shut down, the metra was basically crammed out of its behind (they SOLD OUT all tickets), and Chicago was completely crammed. Both of us were planning on taking the metra to visit our families this weekend… yeah that didn’t happen.

I picked up some cauliflower rice, and Jojo had never tried it, so we decided to use it! We’re obsessed with the salsa from Pete’s, so of course that had to be picked up too! I made the guacamole, and Joanna used Pete’s chicken taco meat.

I used tofu that was chopped up and slowly simmered so that it would be tender. I think it’s like faux barbacoa.

We layered everything in the bowls–mine had cauliflower rice, my fake barbacoa, black beans, corn, cheese, guacamole, salsa, and cilantro!

This is definitely one of my favorite things we’ve made, and it tasted sooo good!