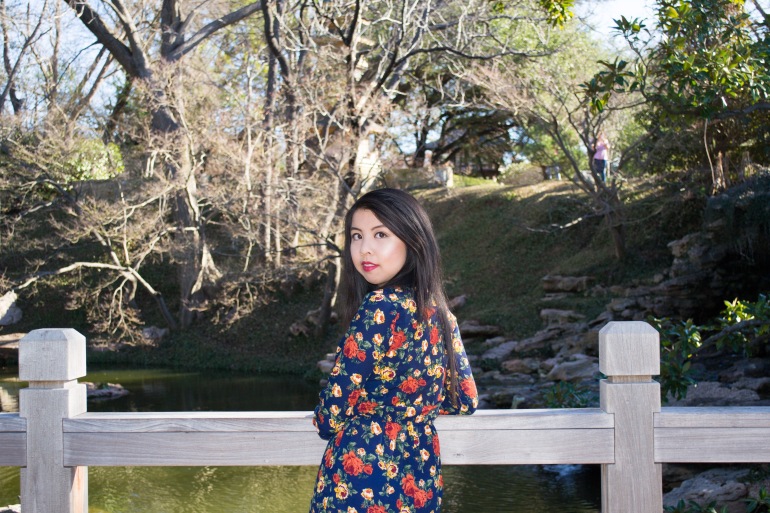 There’s a certain story that I’ve thought about telling all of you, so when I read Charlotte’s post on prescribed narratives, I took it as a sign from the universe.

I think Charlotte explains prescribed narratives best in her words:

So, what is a prescribed narrative?

Well, it is a term I made up to encapsulate the feeling that society encourages and discourages the same behavior for different people. It is distinct from a stereotype and more complicated (not complex ;-)) than a gender role.

In my mind, a stereotype is what society assumes to be true about you until proven otherwise.

A prescribed narrative, on the other hand, is what society says you should or should not do depending on your demographic and cultural profile.

I thought that it was such an interesting and phenomenal post, that I decided to share one of my experiences with all of you.

During undergrad I dated one boy for an incredibly long amount of time. I don’t mention it too often because I don’t think that one relationship defines me for the rest of my life. It was quite the experience (to say the least), and in the days following our breakup, I was upset. I was constantly trying to move forward in my life and to accomplish my goals.

(As you can tell by the short hair and funny eyebrows, it’s 2015 Chrissey!)

It was 2015, I was twenty years old and just freshly dumped. I was looking for a hobby and contemplated starting a blog. I was sitting with a friend at work and dreaming of a list of different topics that I wanted to cover on my blog. There were so many curated and disingenuous lifestyle blogs out there but I wanted to create something that was real. I wanted to create a site where I could be unabashedly sassy, honest, and genuine (sound familiar?) and write about life, beauty, fashion and anything that my heart desired. A working name for it was Delightfully Chaotic (by the way, I like The Unabridged Sass much more).

Suddenly, one of her coworkers walked up to us, and I told him, excitedly, “I’m thinking of topics for this blog I want to start!” I just couldn’t contain myself.

He looked at me and laughed. He audibly laughed at me, looked at me, and said, “Hahahaha, I think you should find something else better to do with your time. That doesn’t sound important” I stared back, and I didn’t even know what to say in response. Didn’t his mother tell him if he didn’t have anything nice to say, not to say anything at all? And um, definitely not to laugh in someone’s face?

“It’s always been one of my dreams,” I responded. Now, this was back when I was much less strong than I am today. So I just said that.

“I think you should do something more practical, it honestly sounds like a waste of your time. Aren’t you a biology major?”

“I’m allowed to like fashion and science at the same time,” I responded, defensively. What did my educational goals have to do with me starting a blog?

“Chrissey, stick to what you know best,” he said, laughing as he walked away. “Don’t waste your time.”

I forgot about that blog and decided to journal instead. But I haven’t forgotten that day. He had laughed at one of my dreams, and he acted as if he had the right to criticize me and my choices. I was young and I didn’t defend myself, but also in that mix of post-break up bummed-out-ness I didn’t start that blog I dreamed of.

He starts something. (I won’t say what specifically because I know a lot of our mutual friends read my blog and I’m trying to be mature about this).

He claims it’s his dream and something that he’s passionate about. And each and every person that ever sneered at the idea of me writing a blog (mean girls and guys who are jerks) think that this same boy is a visionary and a pioneer. No one has said a negative thing or even dared to laugh at him.

When I first started my blog, so many people in my everyday life had something to say about it. They would always ask me how many followers I had (knowing very well I had basically none) or if anyone even read my site. They would make snarky side comments and criticisms. But I would just ignore all of it and keep doing what I loved.

And as you all know, some people had a lot to say…

I remember one night, I was hanging out with this guy I was casually seeing, and he said, “But do you see all those other bloggers? They’re white, they’re attractive, and they’re tall,” he said, pointing out that I was ethnic and short.

“Um, am I not attractive?” I said, raising an eyebrow, giving him a look.

“You are, we both know you’re super hot, BUT you’re not conventionally attractive, and that’s what people go for. Tall, blonde, white.”

“I think that’s racist, and I think that when you blog, you showcase your viewpoints and your ideas.”

“Yeah but let’s face it–you don’t have the look.”

Excerpt taken from one of my older posts, My Best Blogging Advice

I think having your blog torn apart and dissected by strangers on the internet is much less “scary” than people that you actually know. So many classmates would chuckle at the idea that Chrissey ran a blog because they were judgmental and didn’t truly know me. In the beginning, so many of my classmates in my labs would have snarky comments to say about my blog, but I knew that a lot of them didn’t have anything that they were passionate and dedicated to, like me and The Unabridged Sass. So, I ignored all of them and kept on blogging.

And as you all know, slowly but surely my site grew and grew. And that guy who laughed in my face has been completely silent ever since…along with everyone else too. And as for people in my everyday life, I’ve had people that I really admire tell me that they love reading the posts, and I’ve had those same critics admit that my blog is a really great one. Even to this day I still have classmates contacting me who are shocked that I run a blog. I don’t let any of the negativity phase me–I just appreciate the love and support from my friends and peers.

I may not come off as the conventional blogger, because the truth is, my site is anything but conventional. I’m not like a stereotypical blogger at all, but that doesn’t mean that I don’t put my heart and soul into this…because I do.

I definitely don’t have the model photographer boyfriend, the constant travels, and excursions, the picture-perfect face, or the designer wardrobe. But that isn’t what makes a blogger. It’s the heart, the dedication, passion, and fire.

What experiences have you all had?