I like food. You guys know that I love food. I hadn’t done a recipe post in a little while and when I asked you guys what kind of recipes you all wanted you said simple easy lazy recipes. So, I decided to write a post to share them with you!

All of these recipes are incredibly easy to make and have vegan modifications (you’re welcome!). A lot of you ask me about vegan food and eats and tend to enjoy those posts. Do you want me to write a post sharing my favorite vegan food blogs and YouTube channels? I typically get my inspiration from them!
Anyways… on to the food!

I have done a parfait recipe before, but this one is my current favorite. It’s super delicious and the perfect sweet snack! Every time I hear the word parfait, I think about the movie Shrek where Donkey is highkey obsessing over them.

It is imperative that you use plain Greek yogurt. Well… not really, y’all can do whatever you want but I think plain Greek yogurt is so much more creamy and thick than flavored Greek yogurt! The creaminess reminds me of Vietnamese yogurt, which is always delicious.

If you are vegan: use a vegan yogurt, vegan sugar (normal sugar isn’t vegan sometimes because they put animal bones!), granola that is vegan, and agave syrup! Honey is not vegan.

Okay, this dip doesn’t look very pretty but it’s incredibly easy and fast. And who doesn’t love a hot, cheesy dip? It’s almost as good as the real thing. I’m not going to lie you and tell you that it’s better than pizza… cause it’s not. But it’s a little healthier because we use light whipped cream cheese, vegetable pasta sauce, and light cheese! But also not healthy cause you know… cheese. It tastes yummy with pita chips, bread, pretzels… almost anything!

Please do not make this dip and waste it on celery. That’s what your tuna salad is for y’all.

I once dated this guy who hated pizza. I feel like that was a red flag… that he hated pizza! And we live in Chicago which is home to the best pizzas. 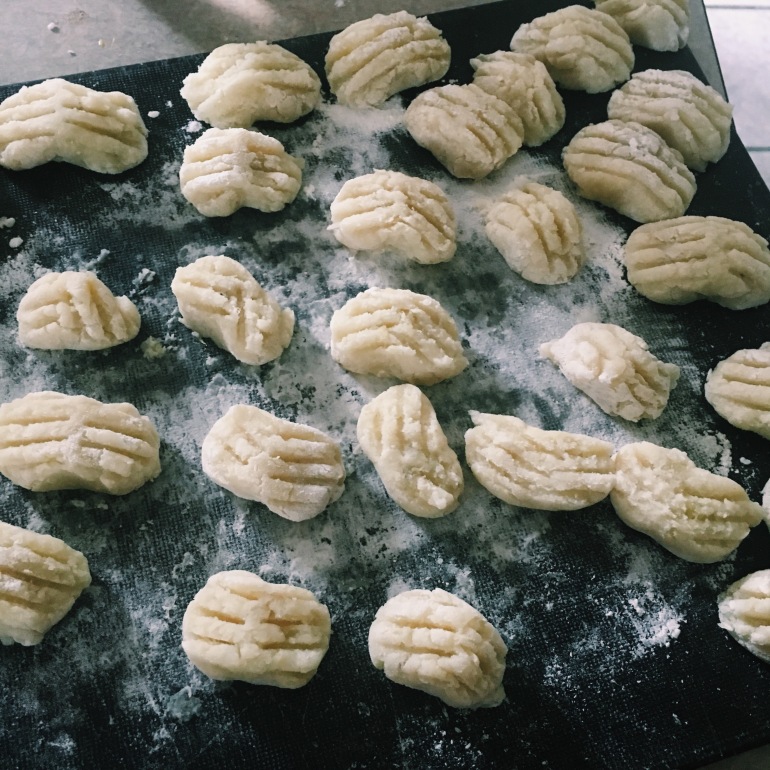 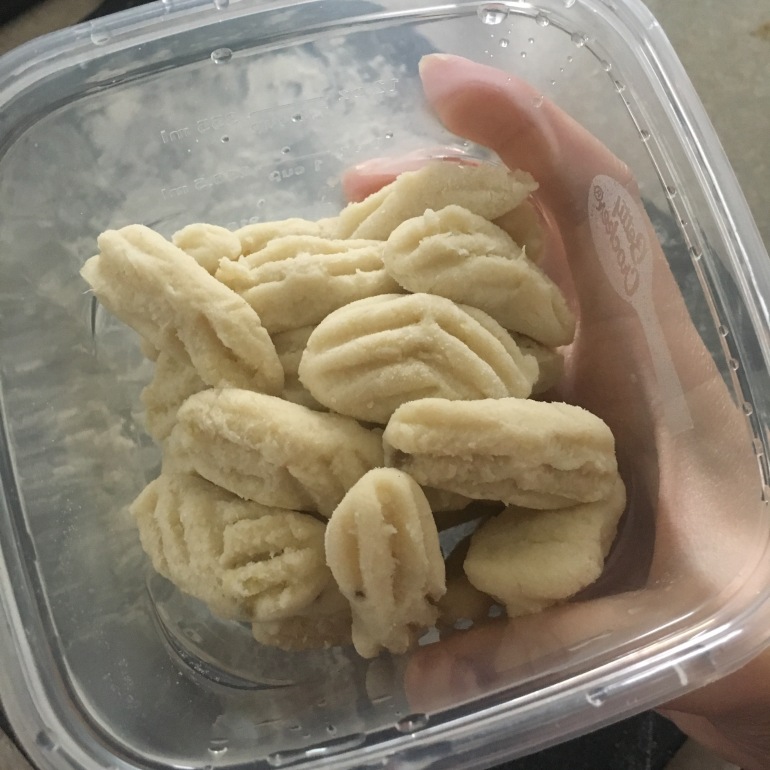 Gnocchi is so easy to make! The first time I made this, I added too much potato (aka not enough flour) and my gnocchi dough was sticky and weird. You want to add enough flour to the point where it is literally a DOUGH.

This gnocchi tastes good with any sauce. Pesto, vegetable, anything! They’re like little pillowy lumps of deliciousness. And they’re made with potato, which means they have to be phenom! You can use any potato–sweet, purple, black, russet. Just don’t use the cute little roasting ones because that’ll be a waste. Russet works the best.

Okay, I know what y’all are thinking. “Chrissey is giving us a grilled cheese recipe when hers looks flat AF.” Okay. I’m lactose intolerant so I can’t put that much cheese! But I promise you, it’ll be oeey gooey delicious once you make it because you’ll be able to add the normal amount of cheese!

Vegan modification: Use vegetable oil spread or Earth Balance. No Olive oil. Use vegan pesto or another spread of your choice, and daiya cheese shreds. Trader Joe’s makes my favorite sliced vegan bread.

I hope you guys enjoyed this recipe post! I will be posting my recipe for homemade wontons soon and my two favorite chickpea recipes. Including that sandwich I’m always eating on Twitter!